Julie Sacre (founder and director) started DJ Workshops Limited in 2002 (the company became a CIC company in 2011) she was a professional DJ (stage name Miss Tyson) for 10 years and was the ‘REDemption UK DJ of the Year’ in 1998 and ‘Nivea Female Dj of the Year’ in 1999. She has worked all over the world and held residencies in Malta, Singapore and Ireland.  Julie has done live DJ sets on MTV, Rapture TV and Meridian News.  She has also appeared in DJ mag, M8, Company Magazine and the Star. She has released 10 singles and remixed Fluke Electric Guitar and MPOP MUZIK. Julie also had a weekly show on Shakedown FM  was also voted the best Shakedown DJ 5 years running and also was a regular guest on Kiss FM London and Ireland.

Julie has also been responsible for running Promotion and Marketing at BPM Records which had releases by Tori Amos, Amoeba Assin and Andy Gray. For 5 years Julie had her own club night 'House Work' at the DogStar club London.

In 2002 Julie was asked to run a DJ Course at Yateley School in Hampshire. The course was such a success that she was asked to work in several partner schools and very soon a part-time interest became a full-time obsession!

Over the years the company has grown and now specialises in behaviour management programs with music and the Arts.  Julie has now got a team of artists, tutors and practitioners in DJ'ing, MC'ing, Music Production, Graffiti Art, Percussion, Guitar, Hip Hop, Street Dance and free running, just to name a few, all things that appeal to young people! DJ Workshops Limited has worked with well over 10,000 young people and showcases at youth festivals around the south of England.

Julie has been recognised for her work with disaffected young people and was a guest speaker at the Surrey Schools Behaviour and Inclusion Conference in 2007. Julie has also spoken about the work that she does in council and youth meetings across the South of England. Young people that have been involved with the courses have appeared at local youth festivals. She has personally taught in over 200 schools and youth clubs as well as working with PRUS, youth offending teams, secure units and immigration centres. Julie is very passionate about her work and finds teaching young people very rewarding. Every student that has she has worked with has been able to DJ and gained confidence. And a new focus on learning. 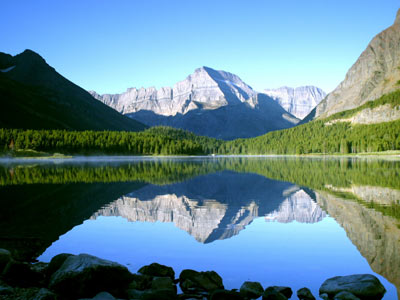 Welcome to Grandpeople. We specialize in graphic design, photography, illustration and creative direction. Feel free to have a look at our selected work for clients and collaborators from around the globe.

We build fresh websites and amazing community solutions. Amazee Labs at your service! Based on the modern open source framework Drupal we bring your brand to the online world. With competence, confidence and a dash of spice! eros eum eu laoreet, minim, probo. Duis nibh in huic abico duis enim oppeto.